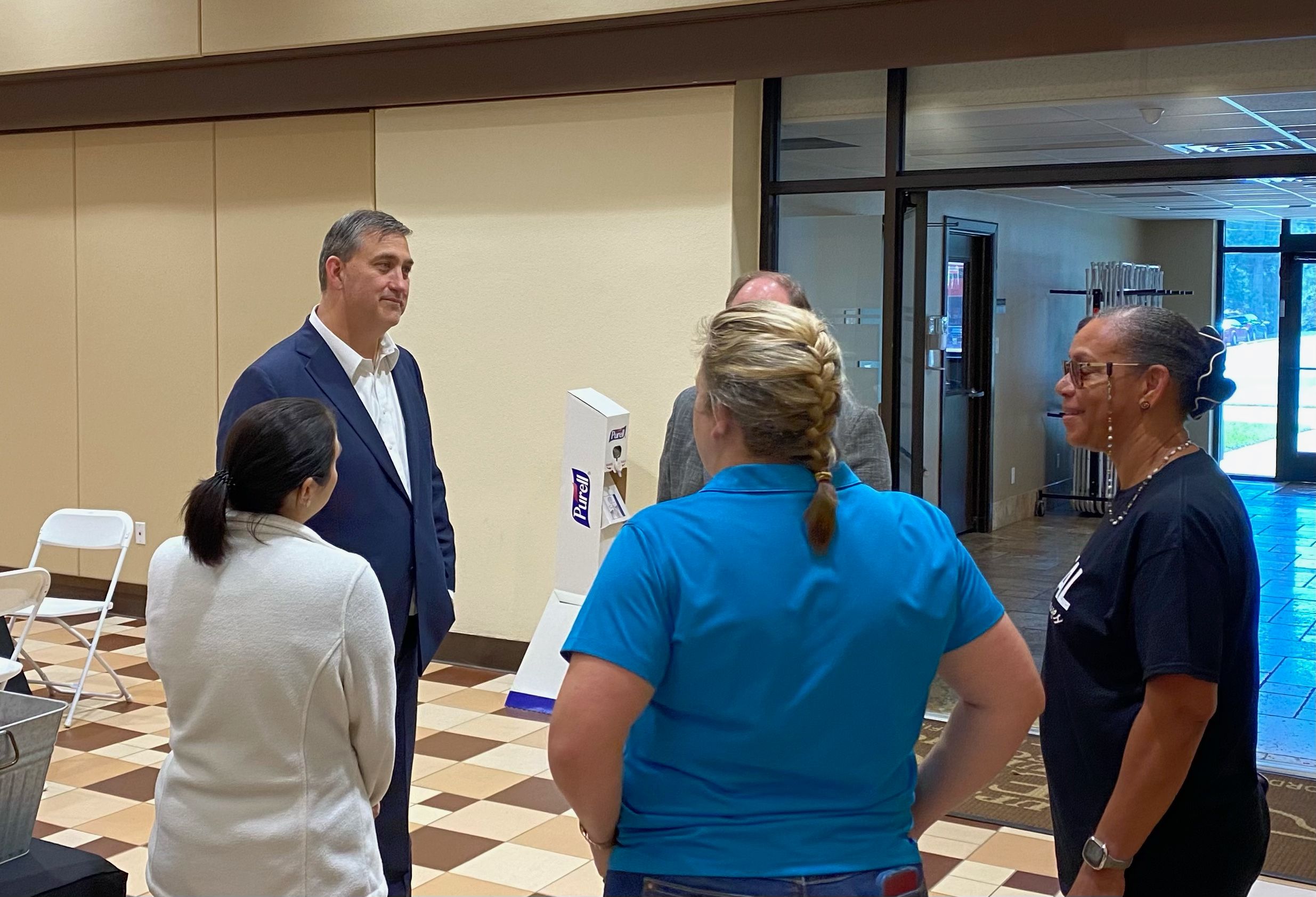 Gilmer, TX – September 8th and 9th, 2022 – This week, Smith County Judge and Republican Nominee for Texas Congressional District 1, Nathaniel Moran, visited Upshur County to tour local facilities and meet with Upshur County business and community leaders. The goal of the meetings was to hear directly from residents, business owners, employees, and local elected officials about the issues most important to them.

“If someone wants to represent a region as closely-knit and unique as East Texas, they need to be accessible and learn as much as possible about the local economy and the issues facing its citizens,” Moran said. “I have thoroughly enjoyed the last two days in Upshur County, and I plan to return often to continue these great conversations.”

While in Upshur County, Moran toured Circle M Crawfish, the Strategic Fulfillment Group, Upshur-Rural Electric Co-Op, and the International ALERT Academy, learning about the operations of each facility and hearing directly from employees. He also visited with local business owners and community leaders at a roundtable discussion with the Big Sandy Chamber of Commerce.

In the weeks to come, Moran plans to continue traveling across East Texas to hear from all residents of Congressional District 1.

Smith County Judge Nathaniel Moran grew up in Whitehouse, Texas and graduated from Whitehouse High School. He continued his education at the U. S. Military Academy and Texas Tech University, where he received a bachelor’s degree, an MBA, and his law degree. He is an attorney and owner of two small businesses – a law firm and a staffing company that puts hundreds of East Texans to work every day.